Who need to be belly rub to get better region servers?

The PC version of the game isnt going to get anywere if how the servers work is change.
The game use Steam Country/State Download Settings…
Instead of a wider Region servers, with 3 regions instead of a buch for each country.
…
I could think on blaming 2K, Evolve had the same issue, and they never decided to fix it.
…
that mean some 2K “suit people” need a punch behind the head?

Its the fault of the developers?
being that they dessign the game working this way because… maybe cheapness or eassyness?

Is it fixable? is it doom? I dont know but The game isnt going to go anywhere except down if this isnt fix

If its 2K fault, I guess there is no hope.

Wow, I understand the situation but there is not need for an aggressive set up.

Are we mad a 2k? Is mm in a bad state? Do veteran players just want to stomp/dunk on newbs? Is certain character/item OP?

A lot of this stuff has been already debated and discussed, but even when being a taboo or negative topic, we keep it civil. There is not need to bash heads, maybe even is not 2k fault (idk haven’t investigated).

I recommend you to edit the title and post so maybe mods don’t misunderstand and delete it.

Yes, I also didn’t like the lock. I even feel it was one of the things that helped the decline of players in BB in the early days.

In my perspective: BB just came out, people were trying it, then OW came out and the rumor (at that time) about BB being death just came out. But even when it wasn’t true, a lot of people did believe it because those players came back to BB and tried to find a games in Steam Download regions that were not that popular.

As I remember BB Reddit was filled with “Game is already dead?” “Can’t find games” etc, where while the answer of just changing the “Steam Download Server” did help a good amount of people to play, a lot of other people didn’t even know about it, situation in which those people started making public word about their own situation as proof of “dead game” which" trolls and haters also emphasized and took advantage of.

So yeah IMO I also didn’t like it, still don’t like it and if the game will have any kind of revival (F2P) it needs to change or be fixed. The sad is, this is only one of the original multiple small problems BB had when released, but to keep it positive a lot of these original “small problems” have already been fixed/changed by BB.

well, it may sound like an aggersive set up.
But I remember that moment from the simpsons where homer hit lenny on the back of the head, and was intended more as a joke.
And not as a real treat to really punch somebody

And If i threw some stuff to 2K, is because often we blame the developer, and we dont know if is really the publisher.

And comming from evolve, a game that I really like, and died for the same reasons, at the time people blame Turtle Rock Studios for the server issue, but now Gearbox is doing the same mistakes…

…In the early U.S. Eastern hours the people I’m playing with are in Asia and they are setting Steam to Atlanta.
They have Red connections but in their own words, at least they find people.

Goos luck investigating. I tried to find who had control of servers, and found nothing. I PM’d Jythri about how much 2K affects BB, and due to legalities, he can’t say much. But what we do know is that although marketing was a bust, 2K still allows GBX to be free on the project ie. do want they want, and will fund / invest while it is still logical.
PM’d quote:

I appreciate the question, and it’s a good question.

As you might imagine, though, I’m not at liberty to talk about details of a contractual relationship with our business partner 2k.

I’ll leave it at this: We like 2k because they give Gearbox a lot of flexibility and freedom, but like every publisher, they sometimes insist on things. We both want Battleborn to succeed financially, and will continue to invest in it as long as that makes sense.

Hopefully this helps you guys out. Again, I feel 2k could have done more, especially with their remarks at the end of last year, but am content right now.

Its the fault of the developers? 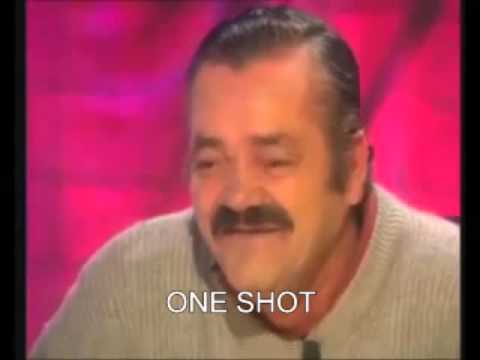 With this guy in charge I wouldn’t be surprised, haha

But seriously though, this restrictive match-making is really killing the game, which you know because if the 191 people playing Battleborn on PC atm had a server browser to use then everyone would be waiting well under 5 mins to find a match.

does the 2k basketball games use download region?
or do they have online?
does the online population dies as well?

I’m in Australia, and I literally CANNOT find a PvP game on Xbox One. The hell? I get horrible lag spikes too, and it isn’t just my internet. I really enjoy playing Battleborn, and I really want this to get fixed somehow, though I know it won’t