I understand this is similar to a topic created about matching to Overwatch analogues… I just feel with paladins being a combo of the three and most additional characters being finished for all three it was time for a new thread. Hopefully an active one.

No: this is about character and role design.

All three games have similar characters.

They have a split arrow of some kind, then they deviate. Thorn has an AoE template in blight, whereas Hanzo can scout out enemies via a sonic arrow, Sha Lin can stun/impale people to walls. Their ultimates are very different as well. Thorn gets a big green ball (that name is temporary!), Hanzo shoots dragons or wolves in a cone ignoring terrain, and Sha Lin gets an automatic setting for his bow. Movement? Hanzo climbs walls, Sha Lin…walks… and Thorn gets super jumps! They all have a draw speed and easy aiming. Though Thorn has a long draw , she comes with a zoom function. The others lack that. Looks? Russian Elven ranger (speaking of Rangers - overwatch doesn’t have a naturalist, but Paladins has Cassie a crossbow user with a pet falcon…more on her later vs two handsome men of Asian descent Japanese and Chinese respectively. So…who wore it better?

I vote Thorn from a design perspective. I’m also a rather large fan of Elven Rangers, but…Hanzo is the one of the three I’m best with. Much as it pains me to admit it.

Course it could be a lack of practice with Thorn as of late.

Battleborn has Toby, so Battleborn is, naturally, the winner.

And now, because of my having generously pointed out that Toby is the missing variable in your “Who Wears It Best” formula, you don’t have to!

(Don’t ask me about other games - these are the only ones I know!)

D.Va has a shield capable of soaking up ultimate. Meanwhile Toby can use his to heal or offensively. Giving him plenty of options. Ruckus gets a lot more health than either of them when he projects his emitter shield. He also slows those near him.

Movement: Toby gets jump jets, D.Va gets limited flight with hers. Ruckus moves very similarly to Toby. I feel D.Va gets the better movement skill.

Weapons: D,Va seems to shoot two automatic shotguns with no need to reload. Ruckus shoots miniguns that do infact reload. Toby shoots a single gun, but its a rail gun and it has a zoom function. Weapons go to Toby!

Who wore it better?

Listen. As much as I prefer Battleborn for gameplay, Overwatch has the best waifus. 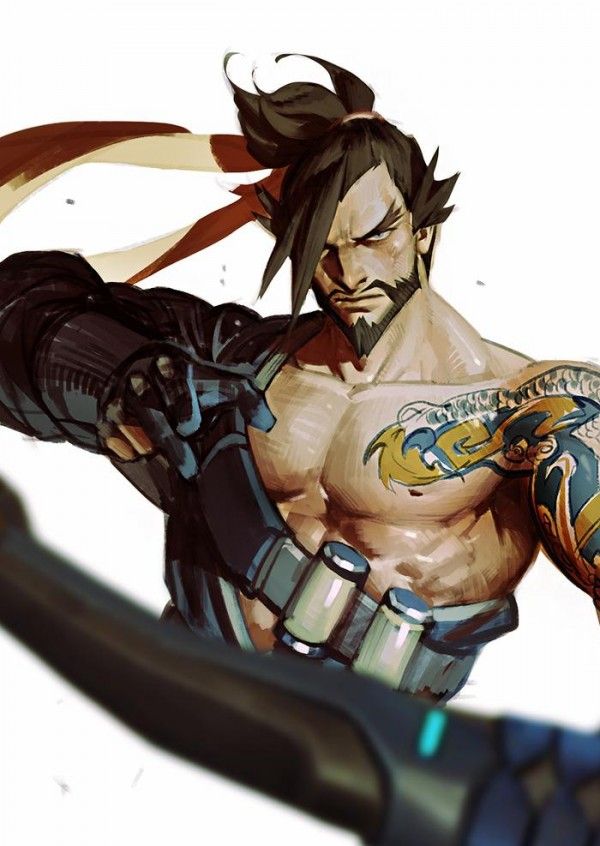 Very different characters despite aerial superiority and rockets.
Drogoz and Pharah fly exactly alike. Meanwhile Benedict soars! and can get even more flight time. Benedict gets this one.

Benedict gets a heat seeking rocket and more rockets after also seek. His ability to melt a foe is unmatched…excpet maybe by Drogoz. Drogoz has dragonfire and can detonate his loogie to cover a huge area in a ton of damage. Pharah meanwhile has a rocket that pushes people…off ledges…

Ultimates: Benedict shoots a nuke we can direct. Pharah rains justice from above in a volley of rockets. Drogoz…punches someone for all their health. One shot kill is nice, but…it only hits one target.

Plenty of characters in all three games can snipe or have zoom functionality. But…

Kinessa, Marquis, and Widowmaker are dedicated to the role.

Guns: Kinessa and widowmaker shopped at the same store. They have rifles that charge up before they fire and double as assault rifles. Marquis has elegance and is rewarded for consecutive hits as a result. His pistol…well its a backup for a reason.

Owls for the win!

Think Kinessa gets the coolest toys…

Who wore it best? Clockwork hobo-murdering butler? French femme fatale? Both of those are seemingly french… and a indeterminable race human bounty hunter.

Erm… people who use hooks.

Big guys with big guns and a hook…or in Makoa’s case and anchor.

Skills here are all over the place. Other than the hook…

Ghalt is a Zerkgunnzer. Roadhog sprays the screen with crap nd pushes people around. Makoa hulks out and smashes people with an anchor in melee.

uh… who wore it best here? The battle of the hookers!

Is not fair… With all the helix i just enjoy 10 times more battleborn!! Only ults are lack luster in comparation because not all lvl 10 are that amazing.

Battleborn is wining so far exept in ult departament.

Meanwhile Benedict soars! and can get even more flight time.

Could you tell me the secret to Benedicts superior flight time? If you handle your fuel well Pharah never touches the ground

Triple jump and shorter cd helix on lift off

Though this game could use a low cooldown gamemode or at least a weekend.

Pendles - Skye - Sombra - Battleborn and Paldins have a bunch of characters who can temporarily stealth also.

Invisibility - they all do it. Though Pendles is default invisible, so thats a edge. The others have to use a hotkey.

Pendles and Skye use poison, meanwhile Sombra posions your abilities. Sombra’s hacking is the only silence effect in that game…which is not a rare thing in Battleborn or Paladins.

Pendles gets a rush melee on top of his smoke bomb DoT. Skye just has more ways to disappear, while Sombra, has an

Pendles is the only melee out of them and has a lot less ranged attack potential with his throwing stars.

So, who wore it better? The snake assassin , the elf assassin, or the Spanish hacker?

Shayne was the hardest to create and is the most awesome.

Stuff gets muddled and mixed from here on out.

Super Soldiers! - they all fill the attacker role and play like generic first person shooter guy A.

Assault Rifles! Everyone but WTF uses them. he gets a three round burst and better ranged accuracy. The rest are spray and pray with various degrees of ways to get better accuracy. They all get bombs, grenades, or rockets!

Oscar Mike gets a grenade that can split or leave a fiery pool. Whiskey throws sticky grenades that do the same thing. Tyra shoots a rocket and has a fire bomb! Viktor hs a standard frag grenade. Soldier 76 shoots three rockets…at once…so basically a rocket launcher.

Differences! OM gets a taste of stealth. While Soldier 76 has a AoE heal station. Tyra gets a hunters mark - she picks a foe that she deals more damage to.

Both Viktor and Soldier 76 sprint.

Oscar Mike has airstrikes and space lasers!
76 gets an aimbot.
Viktor gets a few smaller airstrikes.
Tyra gets infinite ammo and speed increases.
Whiskey gets autofire finally…

So; we’ve got an aging veteran, a Russian soldier, a female Russian hunter/soldier, a dumb clone, and a crazy clone.
Who wore generic best!?!?

I totally agree! Shayne has the coolest look and story too.

The default jet cooldown is faster than her fuel usage. She can also rocket jump and use her pushback rocket to move herself.