Why are the new heros locked on my account? I had purchased the Season Pass

What kind of information do I need to supply? I just logged into Battleborn to play and now find out that the newest released heros are all locked on my account. To make sure I did apply the code, I went back to Amazon, activated via Steam, and now it says that it’s already applied.

I would like to get into a game now but I can’t even try the newest characters.

have you gone to command and unlocked them with the keys the season pass gives you?

Maybe not. I’m not sure about that. I thought they were unlocked by default. I’ll go check. Thank you for your help by the way.

BTW, is it normal for my hero levels to be reset? I was only level 18 but I had quite a few levels in some, like I had Ambra at level 8, now my highest is level 2… what the hell!? It seems like I’ve kept my Helix unlocks though.

the keys are the reason then. ■■■■ help you with your other thing though, sorry

I was wrong about the hero levels, I confused the NEW stuff icon near for the actual levels. NEWB mistake.

Where exactly do I find the keys though? I can upload a picture in a second but I see nothing to unlock stuff for free with keys.

There’s nothing there though…

[Album] Imgur: The magic of the Internet 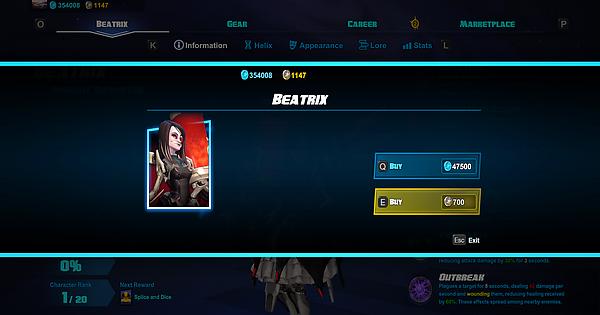 I think I remember at one point in time unlocking them with keys but now its’ relocked.

huh, this is beyond my scope of knowledge. good luck

Nope, I did not see that at all.

Is this normal though? I mean I guess I could unlock them with the money but I’d rather not get into a messy support case where I shouldn’t have spent those coins and then end up screwed.

If it helps at all either the entire Steam page for Battleborn: Season Pass is now gone. I do remember them unlocking with that key thing now that I think of it.

You can just purchase them with credits. All Hero keys were converted to 47,500 Credits each. So you’ve gotten about 200,000+ Credits which is enough to buy all 5 DLC Characters!

Ok, thanks for the info guys. If somebody on an official stream said it, it’s probably just not really documented yet.

A quick forum search for “season pass” sorted by latest post produced nothing, as well as not finding anything related to “season” in the big update, so that’s why I originally posted this. Perhaps this will help somebody else if they also have this question

I actually just purchased a season pass today and didnt get any keys or credits to unlock the new characters. Already had unlocked Alani with the base account. I dunno man. It’s always something with this game…

I purchased the game a while back from Humble Bundle and bought the season pass about half a year ago. Haven’t played it as finding a friend who has the game and was online at the same time was very troublesome.

Logged in now to see what’s in the founder’s bonus only to find I haven’t been awarded, and also noticed the DLC characters also locked still despite the fact that I have a season pass. I’ve logged into the Command and nothing’s been unlocked/awarded. Would be interested to see how you guys get this issue solved.