So I am a big fan of 3D platformers. It was always my dream since I was a kid to one day work at Rareware making fun games with anthropomorphic characters and inanimate objects with googly eyes. I was absolutely shattered when I learned Rare had been bought out by Microsoft and I then had to watch the company I looked up to slowly fall until it became Microsoft’s first-party developer for Kinect.

I was so happy to see many of the developers behind some of my most favourite childhood games get back together and actually make a game they wanted to make again. So rather than spam #discussion-general on the Battleborn Server with spoilers and discussion of the game, I thought I’d create a thread on here to discuss and share experiences people are having with the game!

My initial thoughts are that the game is solid. I am playing it on PS4 and other than the background of the loading screen sometimes freezing while stuff gets loaded in the background, the game plays smoothly.

The talk of the camera I think stems from the fact that a lot of games these days have a manual free-mode camera so it can be frustrating for people when the camera tries to do its own thing. The trick I’ve found is to let it and only try to mess with the camera in large open areas as the auto tracking is often going to do a much better job than you at pointing in the direction it needs to be at any given moment.

Here’s a detailed breakdown of the game’s performance running on all platforms. Obviously you will be able to get the best experience on PC (with the right hardware), but the console ports definitely don’t suffer from any performance issues as the internet seems to let on.

Currently I am up to World 4 and have expanded the first 3 Worlds with about 60 Pagies under my belt (if Yooka wore any pants).

Gloomy Gem Grotto in World 2 was definitely the hardest bit of platforming I’ve had to do in a while. While you do get a Pagie at the end, the real reward is how much better you’ll be at using your platforming abilities. Basically if you can beat this, you can do anything! 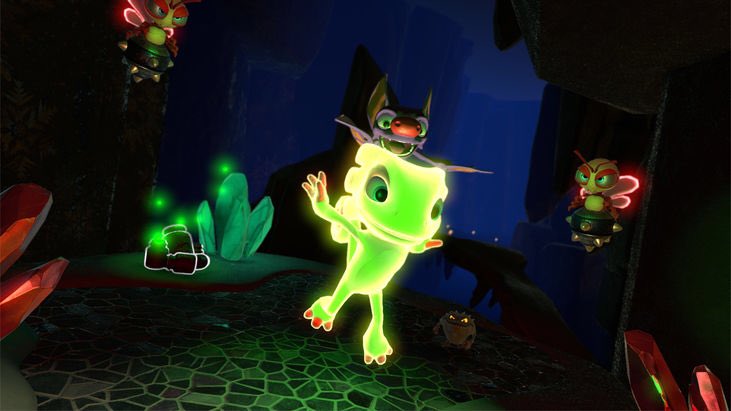 I’m also happy to say that those British toilet jokes are still there! 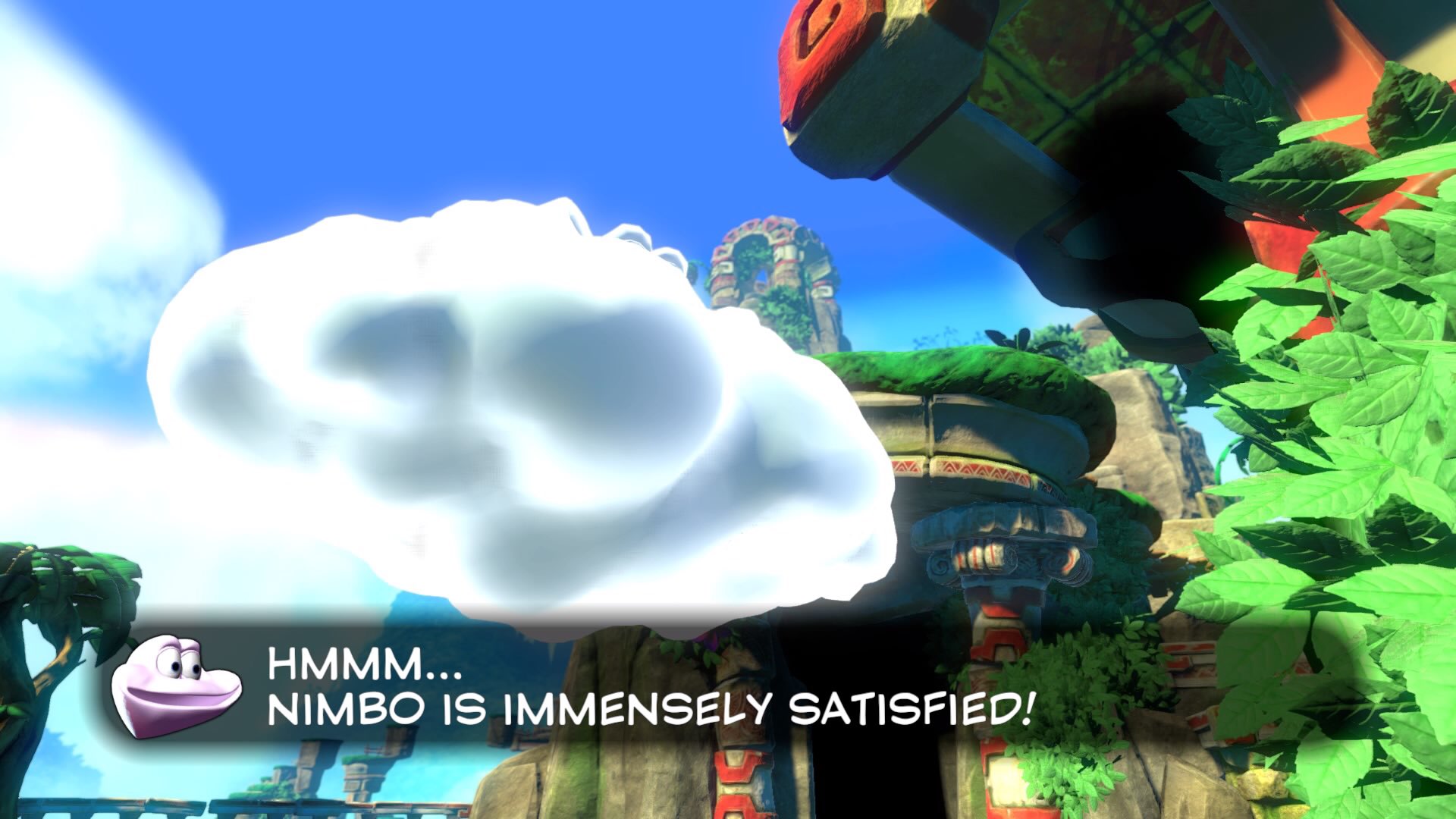 PSA: Pay attention while playing because Dr. Quack will be asking questions about what you’ve seen/done while playing as you progress up Hivory Towers. You have to answer 10 questions correctly with only 3 fail attempts allowed before getting sent back to the beginning however if you answer a question within 5 seconds, its worth 2, meaning if you know your stuff and are quick on the buzzer, it actually only requires 5 right answers to clear this challenge. There’s also more than one of these.